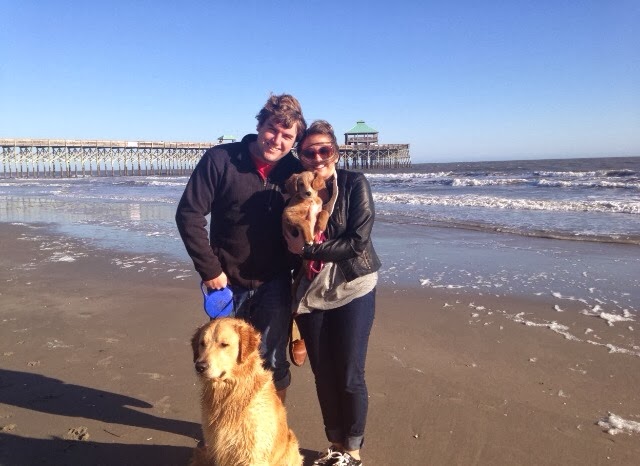 This weekend we went to Charleston, SC  which has easily become my favorite place in the south. We actually stayed 20 minutes from Charleston in Folly Beach. BEST DECISION EVER. This is the view from our room. 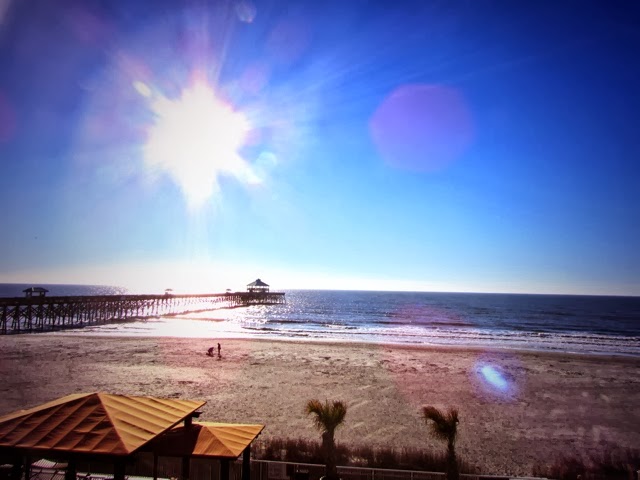 Our hotel was beautiful, so beautiful, super friendly, & directly on the beach. It was called The Tides and was walking distance from about six or seven restaurants and bars. So the first night we walked to Folly Crab Shack. Holy yum! This was the first of so many good meals we had this weekend.. I had crispy Cajun jumbo (and I mean jumbo) shrimp and fried green tomatoes. I actually ate half the meal before I could even stop and take a picture. We had some drinks at their bar as well as our bar in our hotel and a few more in our room, a fabulous start to our trip. 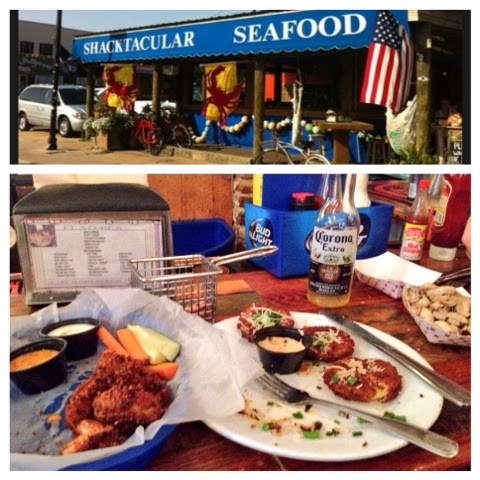 The next morning we woke up early & took the pups to the beach. So amazing, I’ll never forget seeing Dallas in the ocean. 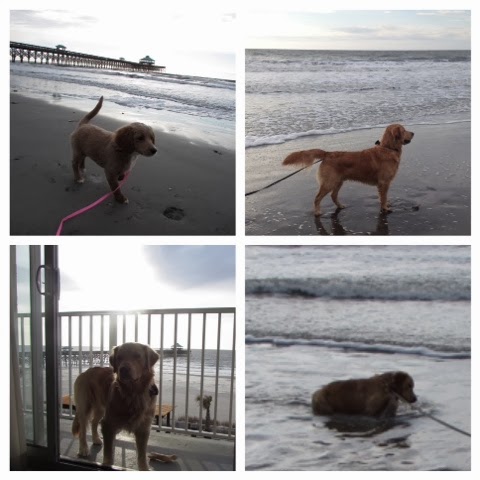 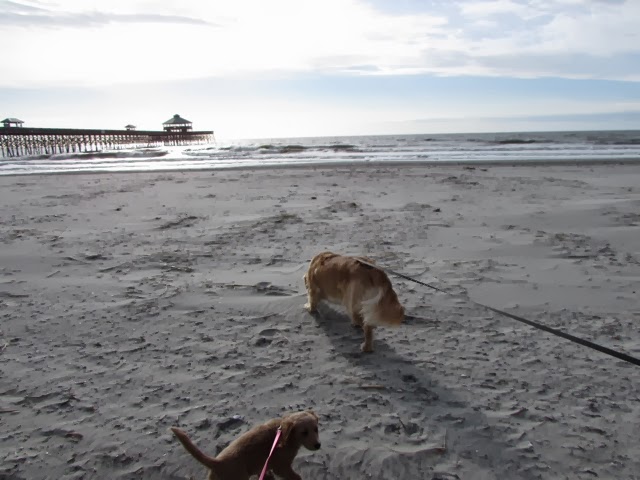 After that we drove into Charleston. I love Charleston, it’s literally so beautiful I was about to cry (I always cry happy tears, I’m a freak). We had brunch at this Irish pub, once again super yummy, and once again we had fried green tomatoes, fish n chips, jumbalya & mimosas. Sunday funday! 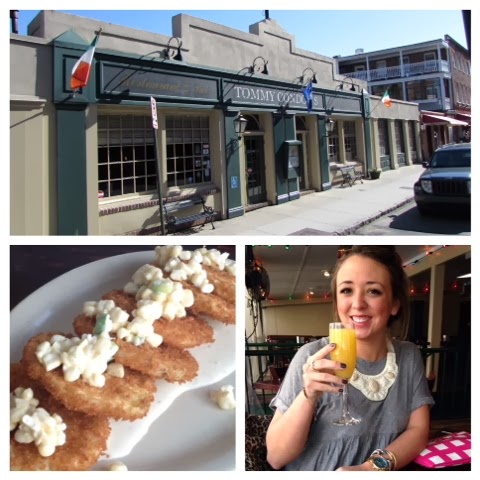 After brunch, we shopped the open air market which suprisingly RJ enjoyed as much as I did! Then we took a horse carriage tour of Charleston. We learned so much history and saw so many beautiful houses, I would move into any of them in a heartbeat. 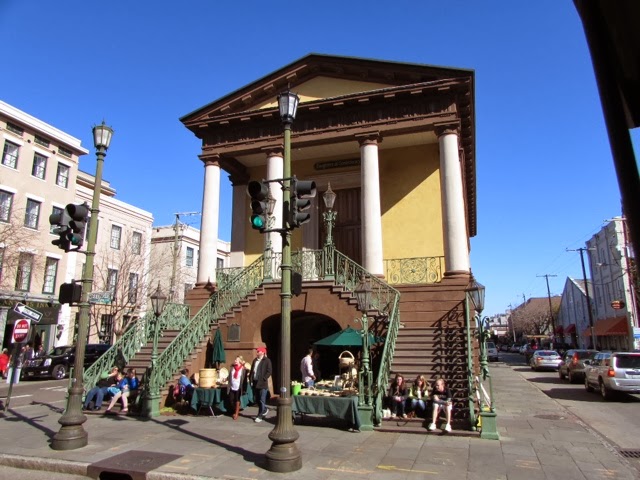 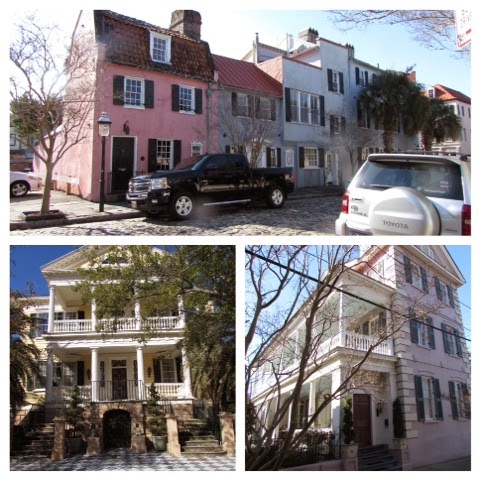 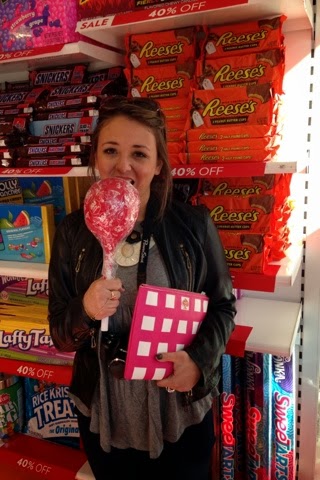 That night we had oceanside dinner back (kinda we moved inside after appetizers) at our hotel, I was not missing Chattanooga at all the sunset was BEAUTIFUL. I didn’t get too many pictures I only had my phone wah. 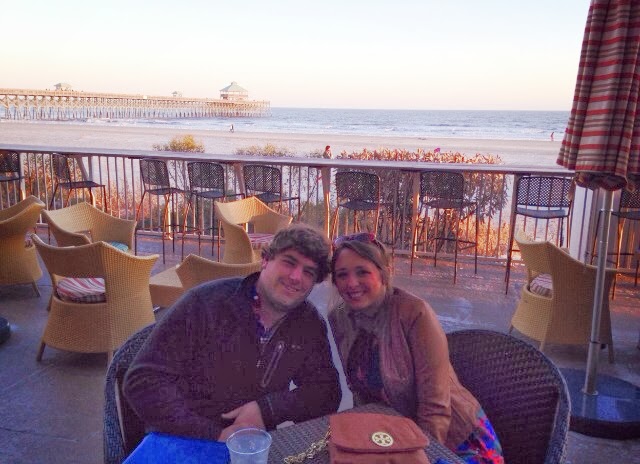 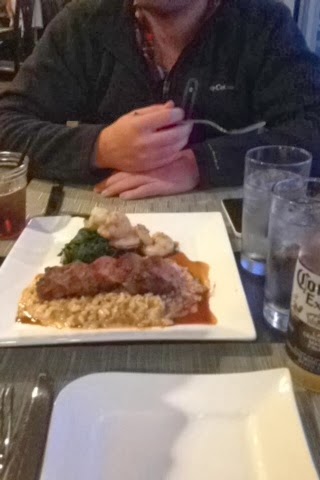 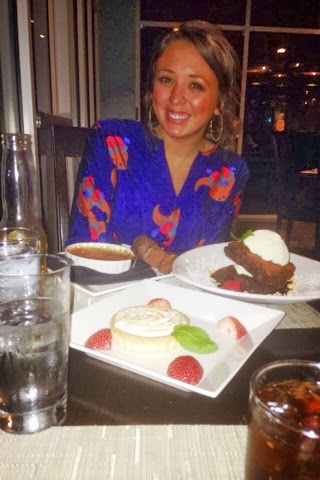 How is everyone in Charleston not a thousand pounds? Probably our favorite meal of the trip we split the Surf & Turf, Shrimp on Swiss Chard and Tenderloin on Short Rib Risotto. Still drooling thinking about it. Then we couldn’t decide on one or two desserts so we ordered all three.. Brownie Napoleon, Blackberry Lemon Tart, & Creme Brûlée. That was a great decision because they were all phenomenal. 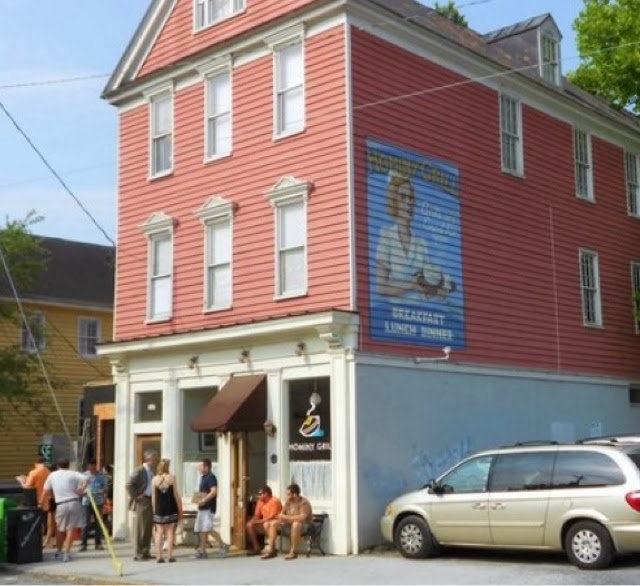 Our final day, we went to Hominy Grill. GO TO HOMINY GRILL, GET THE BIG NASTY. House made biscuit, fried chicken breast, cheese, smoothered in sausage gravy. I sadly got the shrimp and grits, still great but RJ’s Big Nasty was so much better. The whole place is adorable, Bloody Mary was heaven. I’m talking a lot pictures describe it better. We had to leave later that day, depressing, but the dogs were absolutely exhausted so it was an easy ride home. 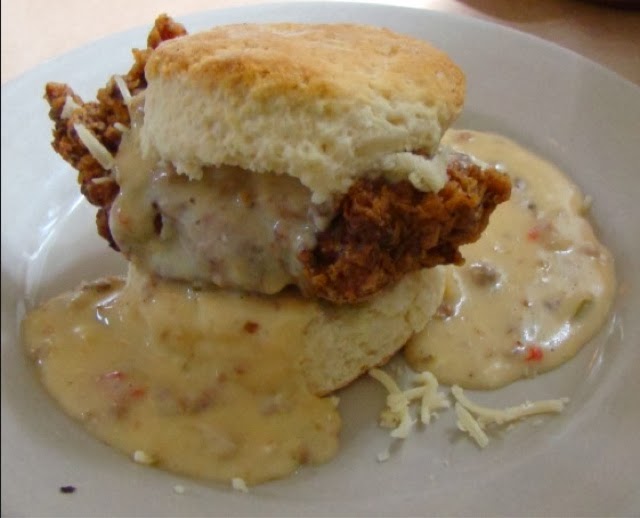 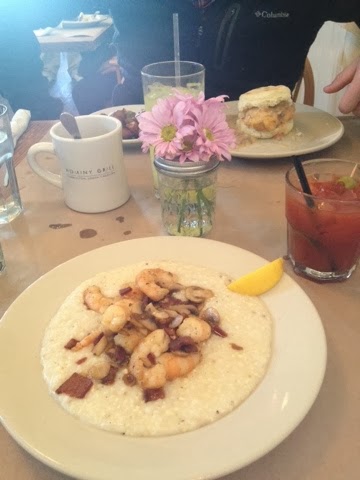 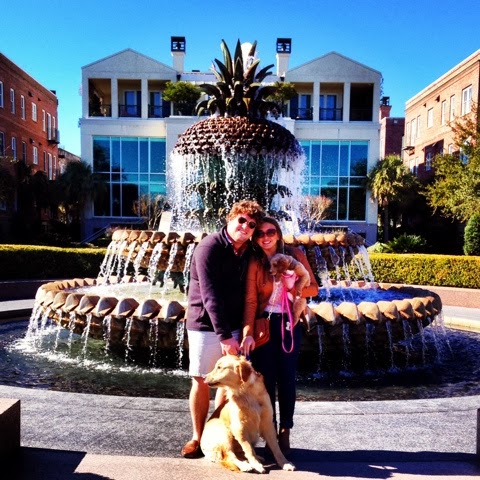 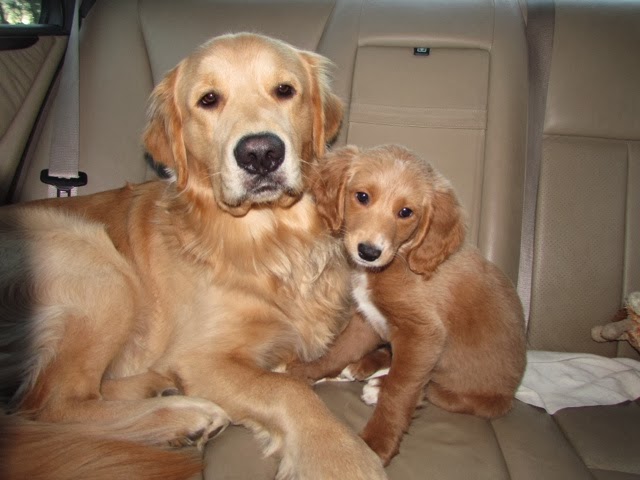 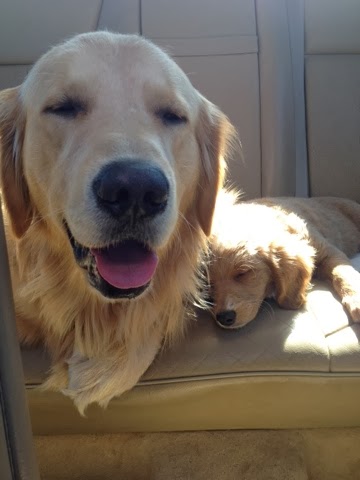 Believes anything and everything can be conquered with a ‘can do, will do’ attitude. Always looking at the glass half full, even if it is a glass of Sauvignon Blanc. Life’s better when it’s well lived –so say yes & have fun!

Loves Golden Retrievers, Coronas with Extra Lime, A Messy Kitchen from Cooking Up Something New for Her Husband & the Wheel of Fortune.